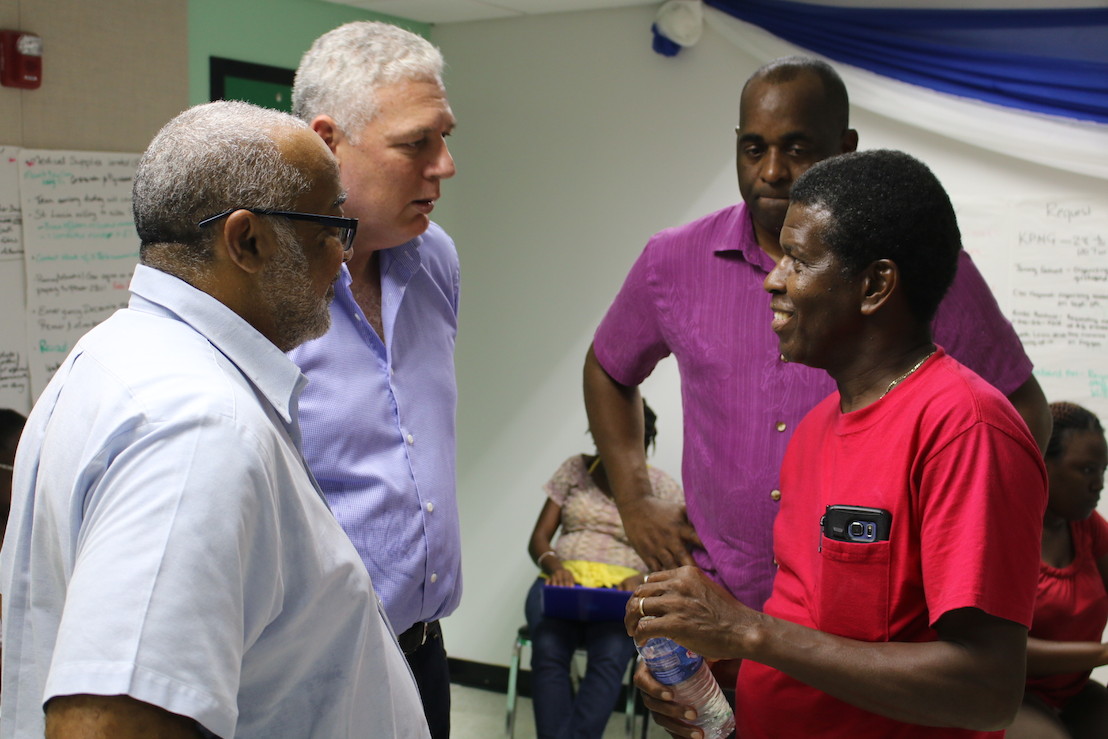 The island of Dominica, sister isle of Saint Lucia, was devastated following the passage of Hurricane Maria on September 18th 2017. Since the passage of the hurricane, Saint Lucia has been utilized as a base for humanitarian relief to Dominica and assisted with the evacuation of hundreds of students stranded on the island. Saint Lucia has also sent tons of relief aid in conjunction with the local private sector and local Police and Fire Officers were also dispatched to Dominica to assist with rescue as well as security efforts. Saint Lucia has also released six Bailey (portable or pre-fabricated) bridges to Dominica in an effort to assist.

At a press conference on Thursday, the Prime Minister and Minister for Finance, Economic Growth, Job Creation, External Affairs and the Public Service, also announced that Saint Lucia is readying to accommodate students from Dominica, as well as vulnerable persons who may not have access to proper healthcare facilities such as expectant mothers.